Google Has Released a Broad Core Algorithm Update on June 2, 2021 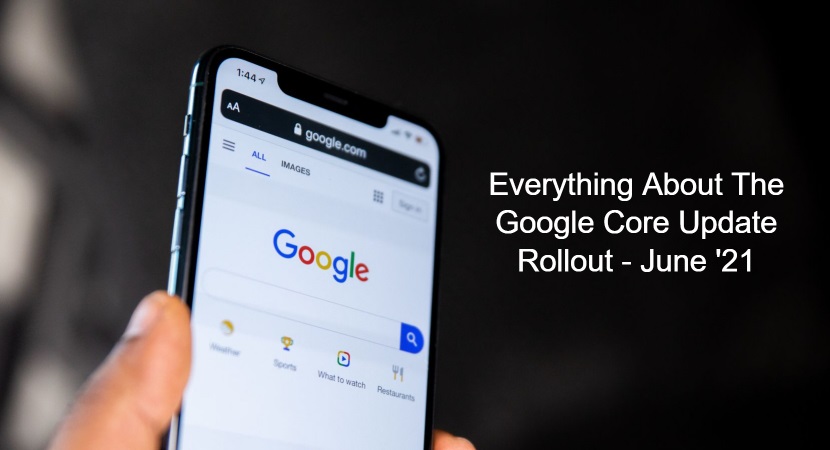 A new broad core update rolled out on Wednesday, June 2, named the June 2021 core update. This will be followed by another core update in July.

This is very unlikely for Google since the last major core update was released in December 2020. That was around six months back, and the previous one was another seven months back in May 2020.

Although this situation was clarified by Google’s Danny Sullivan, he stated that a few parts and files of the update were not complete, so they decided to go with the parts that were ready for now. And the rest would be released by next month.

What To Expect From The Update?

As we all know, it is very common for content to witness certain fluctuations due to core updates.

But Google further claimed that due to this two-phased release of the update, very few sites will notice the changes after the June roll-out. And that the changes might get reversed in the July update as well.

Sullivan also stated that no parts of the core updates would be site-specific. So the sites that want to perform well in the search engine even after the core update should go through Google’s guidance on recovering from a broad core algorithm update.

With that being cleared out, there is nothing to panic about if one’s site witnesses a fall since it might be changed in the next month’s update.

Since this update will be a global release that will impact all the languages. So it will take around two weeks to roll out completely. Hopefully, it will be complete before the release of the Page Experience Update that is stated to start rolling out by mid of June.

Google has given some advice on what a site owner should do if they are hit by a core update in the past. But this month is going to be a bit different because of the consecutive release of two core updates within two months.

In fact, getting hit by a core update does not indicate that there is something wrong with those pages. So there aren’t any specific steps to take after getting impacted negatively.

What To Do If You Are Hit By Broad Core Algorithm Update?

According to Google, the best thing which the site owners should do is to prepare their sites for the next core update. Which will roll out next month since major changes would be noticed after it is released. Instead of reacting to the hit of this current update.

But while you are pulling up our socks for the next core update, do not forget about the Page Experience Update that is to release by the mid of this month. Honestly, it is going to be a tough couple of months for all the site owners and SEO experts.

Google also posted a blog regarding this ongoing June core update. In that blog, they stated that they receive around 150 billion search queries every day from all around the world.

To meet the requirements and deliver good search results, they need to upgrade their systems. Like this, they could meet the demands to the fullest, and that can succeed in keeping their users satisfied.

Further, Google also claimed that broad core algorithm update are the keys to ensure their constant support to new creators. Publishers, and businesses yet providing users with the best and wide range of information that are available.

They also stated that if required, they can release dozens of updates in a single week. To improve their search console, and that is the major reason they fail to share details about all their updates. But they try to announce all their major updates like this Core update prior to release.